For some people, buying a new smartphone is a treat. They get to keep up with the latest digital trend, experience the wonders of the newest technologies, and showcase their delightful digital purchase. Thanks to the ever-advancing field of information technology, smartphones are becoming a necessity rather than an accessory in today’s society. New technology demands the replacement of the old, after all. In 2018, 1.56 billion smartphones were sold worldwide, a testament to the strength of the desire for the latest device. But smartphones carry a hefty cost that’s not included in their price tags. No, the environment pays this price, and the earth keeps paying from the creation to the disposal of a smartphone.

The insatiable market demand for smartphones and similar devices require an equally insatiable production process. This process involves enormous amounts of electricity and mining. The average smartphone requires a small amount of precious metals, such as gold and palladium, in their circuit boards. To supply manufacturers with their rare metals, companies dig deep into the bones of the earth in environmentally-taxing mining efforts. Mining is responsible for up to 95 percent of a smartphone’s carbon footprint. Putting all the components of a smartphone together takes a lot of power, and over the last 10 years, the industry has consumed as much electricity as India uses in a year.

More galling, still, is the fact that manufacturers don’t often design smartphones with a lifespan of more than two years. Intense marketing campaigns and advertising continually influence people to upgrade their devices and buy new phones. As such, people dispose of perfectly serviceable, if outdated, devices alongside damaged units. Their disposal is the second price the environment pays.

The Price of Disposal 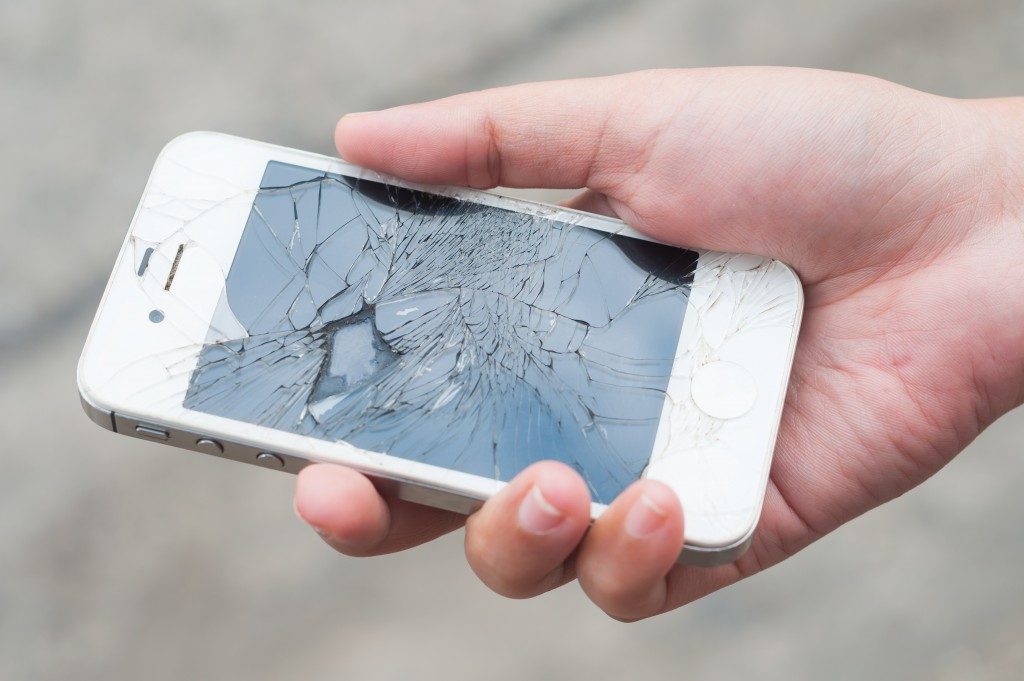 Throwing away a smartphone can harm the environment. Electronic devices and appliances like it are responsible for as much as 70 percent of the toxic waste in dumpsites. Although there are businesses and facilities that attempt to recycle these devices, it’s apparently much better for the environment for people to buy pre-owned phones. This because only a small portion of a smartphone is actually recyclable.

Smelters recover the precious palladium and gold components but the process releases a host of more harmful substances into the atmosphere. These deadly vapors include mercury and chloride. Less scrupulous “recyclers” pay shady companies to take their electronic waste to developing countries for cheaper disposal. In these countries, workers inhale and absorb toxic fumes containing cadmium, nickel, and mercury as they disassemble and scavenge smartphone components.

So what’s the smart way to dispose of smartphones? One way is to buy models with longer life expectancies, but that’s still just a stop-gap measure. To truly make an impact, manufacturers should start designing phones that people can reuse. These devices should also be easily upgradable, negating the need for consumers to keep buying new products just to stay compatible with the digital landscape. Without these kinds of far-ranging changes to the industry, the environmental impact of technology will keep exacting a heavy toll on the Earth.