Kitchens have evolved a lot in the last few decades. Technology innovations, behavior changes, and food trends have produced a never-ending flow of appliances and gadgets. So let’s take a quick trip to memory lane, first from the 1990s down to the 1910s, and then right to the kitchen gadgets that have characterized cooking over the decades.

Homebrew with a barista-quality became more popular in the early 1990s, and one man decided to make it happen. To this day, Americans can’t get enough of K-Cup coffee pods and other brewing devices launched by John Sylvan, the Keurig co-founder. The international success of Nespresso capsule coffee machines, invented in the 1970s, gained momentum as well. With our current technology, you can now find smart coffee machines that let you personalize your brew remotely.

The Microwave Appearance in the 1980s

Another slow-to-adopt kitchen equipment was countertop microwaves. In the late 1960s, manufacturers sold the first versions, but it wasn’t until almost two decades later that they began to gain traction in the kitchen. Why did it take so long? They assumed the appliances to produce dangerous radiation, making the people afraid of it.

The slow cooker is a fantastic example of technology that took a while to catch up. This first model, introduced in the 1950s, wasn’t well-received, but the ’70s rebranding as the Crock-Pot helped its popularity rise.

Pressure cookers are marketed as a super fast and incredibly healthy technique of preparing food. Therefore, it makes sense that they were especially popular in the Sixties when feminism gained ground and women barely spent any time in the kitchen. The retro commercial, produced by food manufacturers, claims that the MIRRO-MATIC pressure cooker is the “optimal solution to efficiency and significant savings issues.”

Dishwashers in the 1950s

How the dishwasher started is a long story. In the 1890s, an aristocratic American woman called Josephine Garis Cochran developed the first automated dishwasher. She wasn’t content with the pace at which her maids washed her dishes. In the early days, you can only see top-loading dishwashers, but by the Twenties, businesses such as German heavyweight Miele had started pushing the design in a different direction. 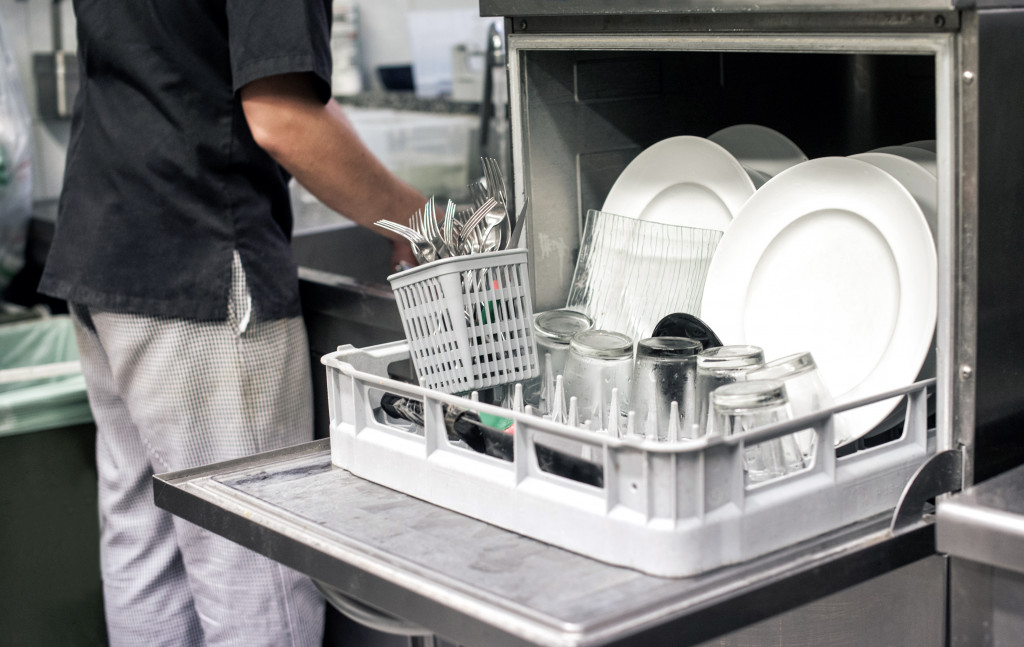 The dishwashers we know today became widely used in American and European kitchens by the 1950s, thanks to the post-war economic expansion.

The Tupperware Age in the 1940s

It’s almost impossible to believe that our lives would be the same without Tupperware now: practical and accessible container tubs that fit nicely in refrigerators like blocks of Tetris. They were created in 1946 as a convenient solution for leftover food and lunches and working women who continued to carry out domestic tasks. The practice of Tupperware parties was also (and is) still around. In these gatherings, hosts would market their items to their family and friends.

Electric Blenders from the 1930s

Time-saving gadgets continued to appear on kitchen worktops throughout the 1930s. The people commonly regarded Poplawski as the man who originally invented the electric blender, utilized in diners across the United States to mix milkshakes and malt drinks during the 1920s. It only became a kitchen essential after the Waring Blender came out in 1937.

The AGA was a famous invention, which arose in the 1920s and was born of that decade’s pursuit of practicality, simplicity, and efficiency. Gustaf Dalén, the founder of the AGA, lost his vision after an accident that happened when he was experimenting with a novel gas stove; once he began staying at home more, he realized that his wife was exhausted and stressed out from using her complicated stove.

That’s when he thought of the AGA, an oven made of cast iron that maintained an extremely high temperature for an extended period. This discovery occurred when he lived in Britain and spread over the globe during the 1920s and 1930s.

Refrigerators in the 1910s

A business produced the first home refrigerator in 1913, but it wasn’t until later in the decade that it became popular. This was when Frigidaire began manufacturing refrigerators on a large scale, which only the wealthy could afford. However, in the 1940s, 45% of the population owned a refrigerator, as Whirlpool built more affordable and efficient designs. They were usually boxy and tiny and built into the boot, with space for freezers. Today, it isn’t easy to fathom life without a refrigerator in the kitchen.

A modern home’s kitchen is where the excitement is. While we indeed live in the future, human ingenuity doesn’t happen overnight. Kitchen appliances have been around for over a century, and they only keep on improving with every decade. Tracing back its origins from the past century allows us to appreciate its value better today.