Chances are that your jaws will drop looking at all the great works of Leonardo da Vinci (1452 to 1519), from the intriguing Mona Lisa to The Last Supper (arguably the world’s most reproduced painting). But thinking past the exceptionally gifted Italian artist to uncover the polymath who contributed greatly to the world of medicine could be a challenge.

You could be fooled by all that measured brushstrokes, employing natural, subdued colors to create one magnificent painted canvas. You may think that the forte of the maestro is art and art alone. That is, however, a lopsided description of the man.

As Da Vinci was a polymath, pushing the boundaries of medicine has been a key part of his resume. In fact, his contributions to the “healing of man” are never paltry. Some of the most iconic designs that have significantly altered the history of medicine for the better could be traced back to him to a great extent. Truth be told, the medical vision of a man considered by an army of followers as the finest embodiment of the “Renaissance man” was simply out of this world.

The Vitruvian Man and Human Anatomy

Have you ever wondered how science got to know every part of the human body? Think about it. How would you know what eggs are made of? You break it, right? Breaking an egg to make an omelet is being practical; opening up a cadaver to study the insides of a human being is also essential. As crazy as that may sound, it’s the way of science.

Medicine, which is basically science applied to heal man, has been able to grow leaps and bounds in the treatment of diseases by strenuously looking into every inch of the human body—the dead human body to be exact. Ask any first-year medical student of any reputable college in the world. Dissecting cadavers is their de-facto rite of passage, akin to your biology class in college, where you do frogs.

But before humanity made any real progress, Da Vinci had been able to capture accurate images of the human body. In his notebook were drawings that made precise proportions of the human body. And so was born The Vitruvian Man, an iconic drawing of the human anatomy that has made more rounds than any in the medical circle.

The Sacrifice of One, The Benefit of Many

If you think that the great maestro had it easy, you may have to think again. Da Vinci, in his unquenchable thirst for knowledge, made enduring sacrifices to get to the results we see today. The Vitruvian Man is no exception.

In getting all those insightful sketches of the human body into his notebooks, Da Vinci had to dissect no fewer than 30 corpses. Know that not all of these dead bodies were healthy; many of them were those of sick people. It was such a high price to bring life to his drawings.

Many greats, such as Plato and Aristotle, attempted to study the human anatomy, but it was not until Da Vinci’s daring deeds that humanity was able to get a detailed journey into the secrets of the human body.

The design of medical devices, a powerful marriage of science and technology that has helped countless sick individuals today, has also deep roots in Da Vinci’s achievements. For instance, thanks to his brave foray into the insides of the human body, humanity was able to come up with a surgical robot, now dubbed as “Leonardo’s Robot.”

The original design in his sketches featured an armor suit that, with the mechanics of a pulley, could move about. It could sit, stand, and even raise its eye visor. While you may consider it as rudimentary, the design has been proven to be effective. A scientist named Mark Rosheim took Da Vinci’s instructions to heart and, in the process, built Leonardo’s Robot in 2002. Although the original design was centuries old, the prototype proved to be a whopping success.

The accuracy in Da Vinci’s sketches of the human body led to an actual medical device that is used up to this day. Named after the master designer, the Da Vinci surgical robot is in circulation today and used in many medical operations. Heart surgeries are top of that list. 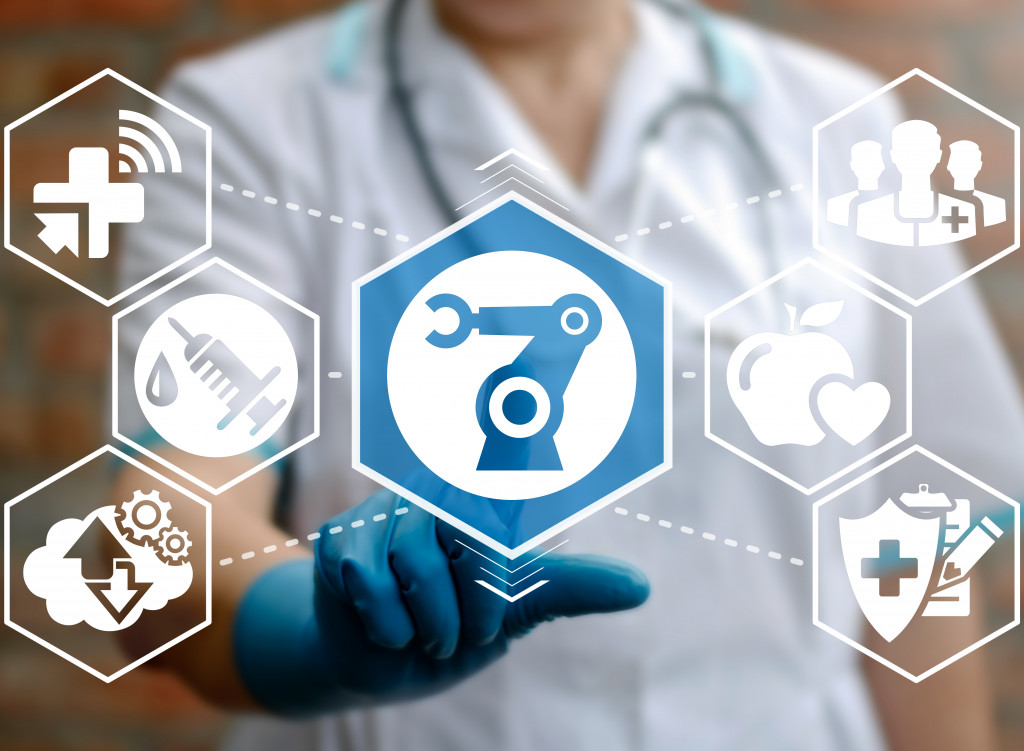 But all the cadaver study by Da Vinci gave humanity even more useful medical devices. All the hard work put into those sketches that depicted in vivid detail the ins and outs of the human anatomy paid off. It led to more inventions in the area of medical science. Artificial limbs are one of man’s invention that has benefited from Da Vinci’s sketches. Another area is that of synthetic organs.

Frankly, it’s hard to calculate how much of man’s pain has been relieved because of the use of synthetic organs and artificial limbs, both products resulting from the sketches of the legendary artist. So next time you cheer on those legless athletes who run on prosthetics, know that you’re actually clapping for a polymath named Leonardo da Vinci and his centuries-old sketches.